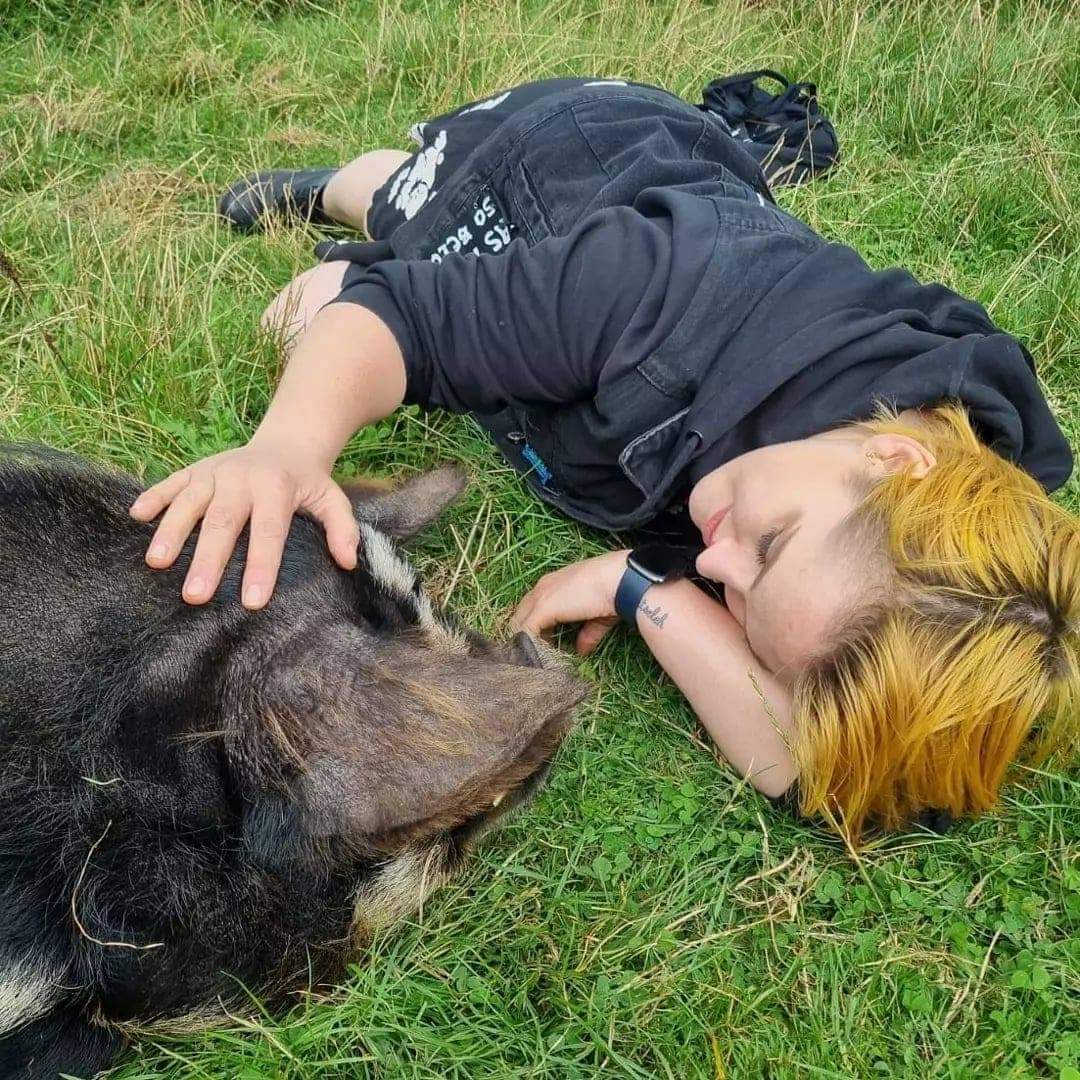 TL;DR CAPITALIST FRIENDLY VERSION: We went vegan five years ago and still have a business. WOOHOO! Celebrate by exchanging some money for discounted brownies: get 20% off when you order online with offer code VEGANUARY20 til 31st January.

It’s Dark Matters’ 5th Veganniversary! January 2017 I finally finished the transition from being a milk ‘n’ eggs bakery, to being 100% vegan. I spent almost two years testing, researching and slowly (and secretly) moving more products over to vegan versions. It’s one of the scariest business decisions I’ve ever had to make, but also the easiest Cos if I hadn’t, or it didn’t work out, Dark Matters would be no more.
So here’s to still being here and busier than ever 5 years later!

When we started in 2013, having a business that only sold brownies was uncommon. In fact, I think we were one of the first ‘just brownies’ businesses in the country?? So making the business even more niche just wasn’t on my radar. It was hard enough trying to get people to understand why I was just selling brownies. I remember during my first market someone asking if they were bread-pudding :’)

As our events started picking up and I was baking more and more, I very quickly realised that our consumption of ingredients was quickly increasing. First doubling, then tripling, and it was clear that this was only going to increase. Anybody who watches our Stories has probably picked up on the fact that I’m a bit of an overthinker. So this weighed on my mind – particularly the amount of eggs I was getting through.

I was a meat eater and dairy consumer at the time, and always had been. But something about both industries always sat uncomfortably with me. It left me feeling weird/guilty/icky, but I wasn’t sure why. I figured if I was going on a path where as a business I’d be actively participating in funding these industries, it was my responsibility to know exactly where every single ingredient came from.

I had to ask all the awkward questions so I could look customers in the eye each week at markets and tell them about how ace our products are. So that’s what I did!

Especially when you’re asking them to lovely friendly egg farmers you know from lovely friendly Dorset markets. And they’ve been doing those lovely friendly markets for decades and they’ve only just started accepting me into their crowd, as a young whippersnapper. ‘And now she’s asking WHAT??’

Honestly I’m getting second hand cringe now. But it had to be done.

Without going into the nitty gritty, as soon as I found out…

a) that cows need to be/have been pregnant in order to produce milk, and
b) what happens to male chicks when they’ve been hatched (because they can’t produce eggs)

I went to VegFest Brighton in Spring 2015 and met up with a couple of super people I knew from markets in Bournemouth, and immersed myself in KNOWING ALL THE THINGS. Honestly, if you’ve seen the film A Clockwork Orange you’ll know what I’m talking about. It was painful, and I went in with a logical and rational brain, but I basically went vegan overnight.

I wanted to finally transition to being a 100% vegan owned, 100% vegan business, and make our dEbUt at Vegan Life Live January 2017. It was tough, but I did it!

There were a lot of mistakes (why does nobody tell you that salt and vinegar crisps have milk in them??). There were some very, VERY dodgy recipes (thank you customers who were kind enough to say you could taste chickpeas when I was testing aquafaba). But I’m pretty bloody pleased with how I did, and today I am so proud to be a part of the small vegan business community.

And look what we’ve done!

It’s mind blowing to see vegan products E V E R Y W H E R E now. Especially in January, and all the Big Boi corporations frothing at the mouth for our ‘green pounds’. And whilst I’m not going to rush to try out whatever vegan menu MaccyDs are churning out, I still think that if they’re making room for vegan products on their menu, then that’s less room for animal products, which hopefully means fewer animals being harmed.

When people seeing vegan food alongside ‘regular’ food, it normalises it. And so those people who always felt ‘a bit icky’ about animal products will find it easier to just decide they don’t want to eat food that makes them feel weird, low-level guilt. So hopefully they’ll make the switch. And this will increase demand. And so on and so forth.

I’m absolutely chuffed to bits that I not only still have a business, but one that is growing exponentially! Which I don’t think would’ve happened if I wasn’t able to stand by my products and feel 100% confident that every single ingredient we buy is the best.

That means every Dark Matters ingredient is the most ethical, environmentally friendly, cruelty free, fairly traded, palm oil free and organic/gmo free ingredient I can source at that time. Everybody makes mistakes, and we aren’t perfect by ANY stretch, but the integrity is there, and we’re totally committed to being the greenest, ethical, vegan business we can be. We are constantly looking at ways to improve the way we operate and minimise our environmental impact, for the sake of our planet and every being on it. Captain Planet OUT.

Current time to dispatch: Up to 5 working days, unless your order includes a Gooey Heart or Goth Box which will be sent 8-11 Feb. Sent via Royal Mail Tracked24. Advance orders may be made using the Comments box at checkout. Dismiss